This lift covers the route between the Lower Station (at 800 m.a.s.l.) and the Top Station, located at the top of Cerro Otto (at 1405 m.a.s.l.), in 42 panoramic shelves each with up to four people seated. 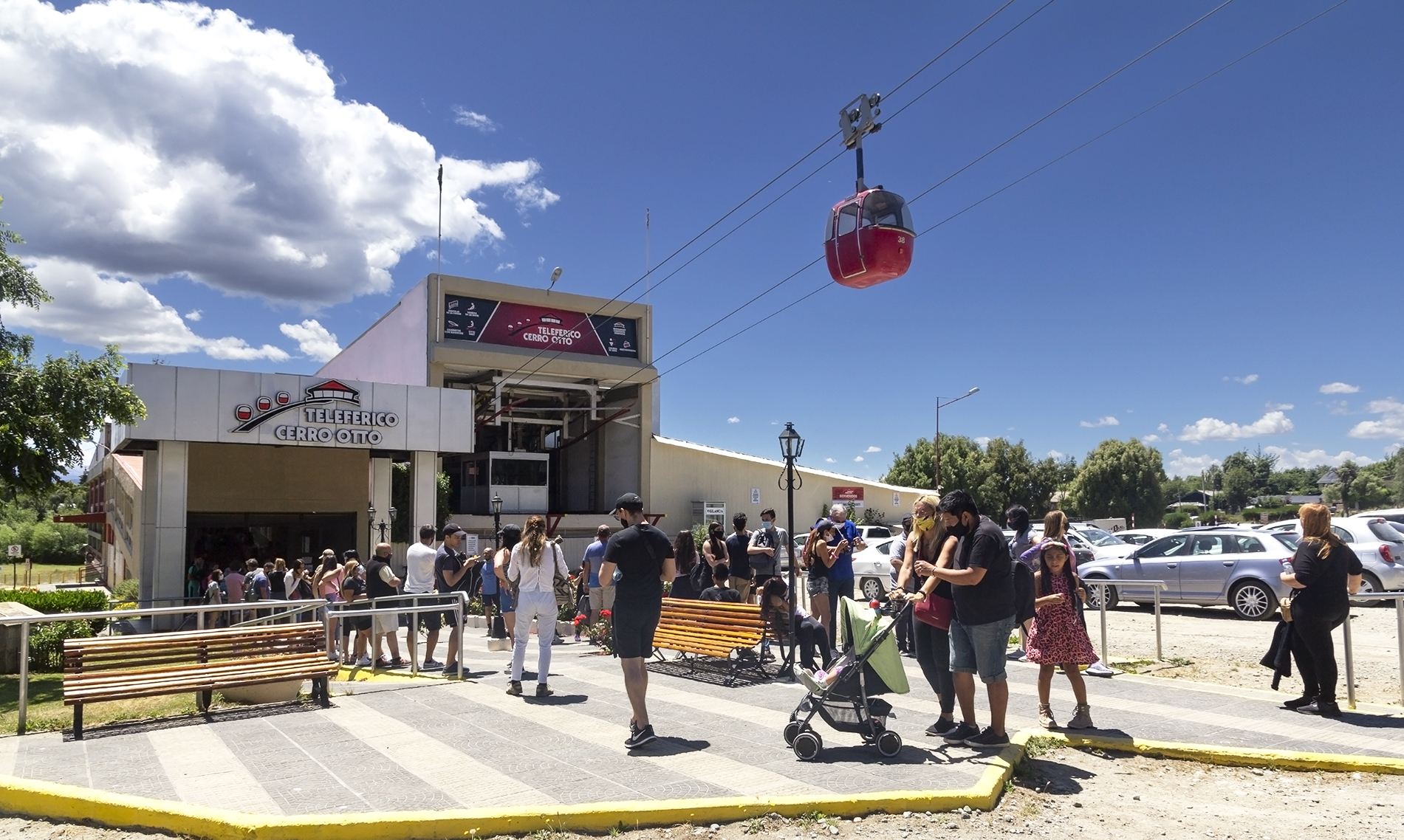 Comfortable ascent at any time

This lift covers the route between the Lower Station (at 800 m.a.s.l.) and the Top Station, located at the top of Cerro Otto (at 1405 m.a.s.l.), travelling a distance of 2100 meters at a constant speed of 3 meters per second, transporting up to 500 passengers per hour.

Regarding security systems, it can be said that they are among the most stringent in the world, since the entire installation, as well as the method and operating systems, are all designed with a security factor equal to five times the required. This allows the existence of the most complex and sophisticated measurement and control elements, such as accurate sensors for detecting possible problems along the path between the two stations. Among them we can mention: cabin steps sensors, counter sensors, sensors for detection of non optimal couplers, wind over-speed detectors with warning alarm, wind speed and pull cord measuring devices, being the most sophisticated one, the Auto-control System of the system itself.

Security staff, qualified and specially trained to provide first aid assistance to all kinds of protection and counseling, are constantly looking after the safety of visitors and users of our lift, installations and surrounding areas.

This security organization combined with the large number of technical devices previously described focuses on the comfort and well-being of passengers during their trip and their stay at the resort.

Each of the 42 shelves allows a comfortable ascent that takes only 12 minutes, during all four seasons of the year, to the top where you can find a variety of activities for all ages.

The Teleférico outstands from other systems due to being bicable. It consists of 42 panoramic shelves each with up to four people seated and it is driven by a 150 HP electric engine at 1470 RPM, using a speed reduction gearbox. In parallel with this and as an emergency, there is an internal 45 HP combustion engine, to use in case of a power outage.

Its greatest novelty is the system of access to the shelves, fully detained and uncoupled from the drive system. The cabins are coupled to the pull cord every 36 seconds, which is equivalent to a distance of 108 m., allowing to perform the journey in 12 minutes till the top of the hill and vice versa.